Strange Unproductive Thinking CDD – via Teodosio, 39 Milan | October 15 – 16, 2022 Curated by Leonardo Bentini and Deborah Maggiolo Artists: Oliviero Biagetti; Sofia Bordin; Matteo Gatti; Davide Monaldi; Emma Helene Moriconi; Rebecca Picci; Sara Scanderebech; Ivana Sfredda; Vinicius Jayme Vallorani; Tora Wallander; Leilei Wu In the documentary Storytelling for Earthly Survival (2016) directed by Fabrizio Terranova, the philosopher Donna Haraway points out how in the late nineteenth century evolutionary bioanthropology, linked to anthropological theories of racial background, it has been defined a precise model of facial angle: that of the statues of gods of ancient Greece. Developing in the same period of time, orthodontics has come to identify the correct dental structure, symbol of aesthetic perfection, under the influence of these ideal canons. The affirmation of scientific medicine as conventional medicine led to the progressive stigmatization of alternative knowledge and practices, promoting a mechanistic view of the body as a functional sum of its components. Scientific medical practices and technologies of care, oriented to a progressive improvement of both aesthetic and physical performance, have led both the body and the mind to be hyperproductive; in these logics, the body as a machine becomes a gear perfectly adhering to the capitalist imperative of continuous growth. Such a condition, which sees hyperproductivity as a social emblem of contemporaneity, leads to capitalizing on the fragility of the subject, promoting a rhetoric of self-help based on the neoliberal imperative of self-realization and of success at all costs. By freeing itself from the capitalist chronopolitics and the bio-political regime that shape the contemporary imagery, Strange Unproductive Thinking reflects on the fear of a different kind of temporality intrinsic to the idea of an improductive body, which, released from the idea of failure, embraces an eccentric narration of presence. Acknowledging the “withdrawing” of both subjects and objects from the domestication of techno-scientific language, and their participation in an eco-logical complexity that always exceeds the domain of objective knowledge, the intrusion of the artworks in the aseptic, clinical space, claims a different existential ecology. Through the concepts of “dark ecology” and “intrusion”, philosophers Timothy Morton and Isabelle Stengers address what could be described as a project of radical self-awareness. If for Stengers the intrusion of the “Gaia-event”, understood as a chain of forces indifferent to human existence, interferes with the categories of thought, introducing a variable that makes the ability to predict thought itself unproductive, Morton’s ecological awareness leads to experiencing unexplored space-time scales, a “strange loop” where the distinction between self and “other”, near and far, is made inoperative. By articulating itself in the timeframe of a day, Strange Unproductive Thinking takes shape around the curatorial will to deepen, through to these considerations, the existence of a multi-layered temporality. Evoking an aesthetic of the spectral, the exhibition replaces the concept of therapy with that of care, rehabilitating a way of listening to bodies that can diagnose the repressed, the invertebrate, the slimy, and the repulsive as part of a process of decomposition inevitable to the organicity of the body. The “other” is no longer “out there” but is itself the symptom of this visceral fear. 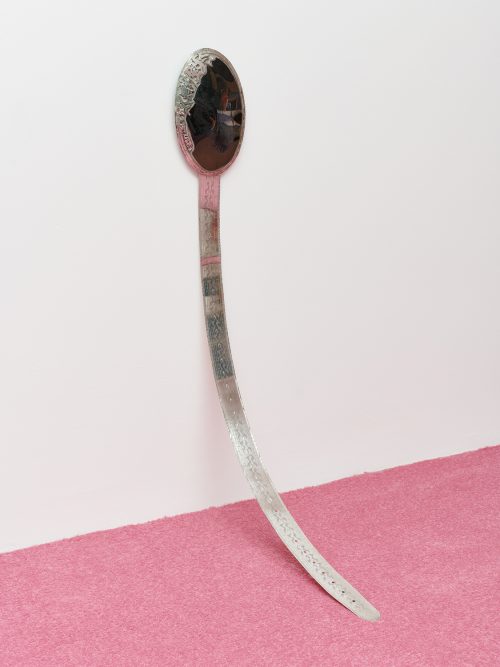 On the edge of fashion 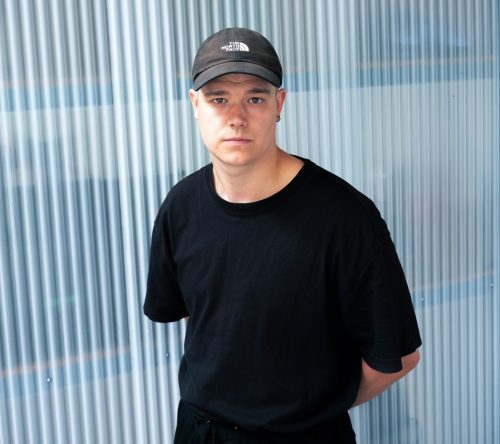 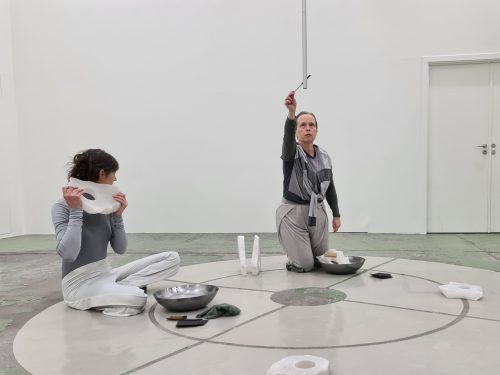