Traces of Life / How to Kill

Veronika Dräxler
Kunstverein Grafschaft Bentheim is pleased to present "Traces of Life / How to Kill", a solo exhibition of new works by Veronika Dräxler. The exhibition takes the viewer to the northernmost reaches of Finland where, in the deepest of sub-zero temperatures and near to its border with Russia, the artist accompanies a hunter at work. The first in a three-part series of the same name, the film "Traces of Life / How to Kill" and its accompanying installation stake out the ground between the boundaries of nature and culture. In this suite of works, Dräxler approaches the arctic landscape as a cultural phenomenon and considers the ways in which a greater force holds the power to structure its outcomes: to decide who or what can live, and by extension, what must perish in order to maintain its planned or so-called natural order. Hunting is one of the earliest practices to distinguish humans from animals, both in respect of the elaborate tools developed for the sole purpose of killing other beings, and the complexity of man’s strategies used in the hunt. In contrast to animals, human’s notions of spirituality, habitus, the tendency to glorify violence, and the desire to reinforce our own dominance over the natural world play a role. Following experienced hunter Matti Keränen through the snowy landscape of Lapland as he makes his way across its vast expanse on cross-country skis, the film tracks his movements much like a hunter stalks its prey. The artist describes this as a filmic act of empathy with the performative aspects of hunting: the silence of tracking, the acceleration of the hunter’s breath when he sights his target, the concentration needed to aim, the emptiness after the shot. Dräxler’s role in the film is that of an oracle – a guide to the game – who like Diana, the Roman goddess of the hunt, determines its fate. Through this influence over the success or failure of the hunt, the artist positions herself in relation to the work of sociologist and philosopher Bruno Latour. His thesis is that the separation of nature and culture, as well as that between people and things, is non-existent. In Latour’s view, the introduction of this distinction characterizes modernity; however, it also creates an asymmetry between technology and society. 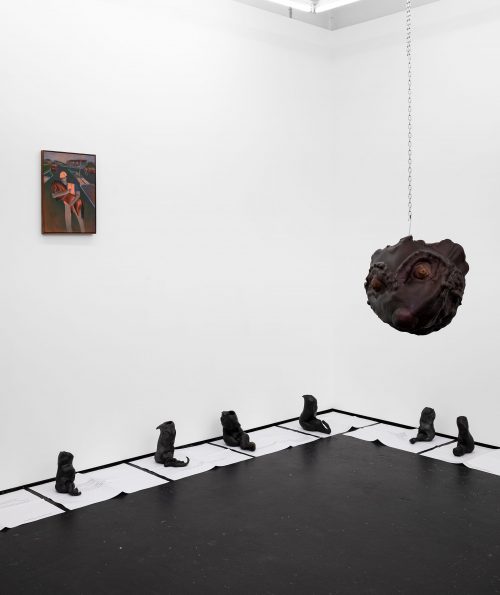 outline of an island 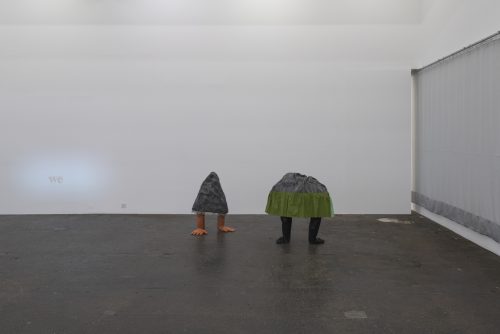