Following a set of formal rules predetermined by their material and dimensions, Westoby’s compositions distil a visual experience into ordered form, testing and speculating on the rhythmic possibilities inherent in the geometric shapes. Carefully honed wooden battens let the compositions fluidly emerge while seemingly absorbing and reflecting varied densities of light, creating space, positive and negative, to produce an experience for the viewer that is both temporal and sensory. As structures they have the potential to grow and expand infinitely, however their final form is complete when the process of assembling comes to an intuitive halt. Westoby’s paintings seem to demonstrate the exact opposite approach. Whilst working with the same geometric potential, their outcome is predictable and determined from the beginning, which makes for a tension between absolute control and intuitiveness. The shape and size of the canvas predetermines the limitations of these self-contained compositions. The granular, highly repetitive structure at the base of all the paintings in the series, implies a laborious process which reveals itself to carry the signature of the artist’s hand, betraying different moods and states of mind in the miniscule markings of each triangle. Taking the view from the micro to macro reveals a transformation reminiscent of op art. Out of the chosen symbols, the smiley faces are the most obvious representation of human sentiments, recalling communication at the most basic level, yet so highly recognised as a signifier of digital communication and semantic deterioration. Bringing together his sculptures and his paintings under the title “Brothers”, Benjamin Cosmo Westoby opens up a discourse between them, the architecture of the exhibition and the viewer that goes beyond the formal aspects of his practice and becomes a rather personal experience. As the title of the show implies, each sculpture has a double. The instinctively found final form of the work is repeated in an almost perfect carbon copy, leaving the viewer to search for differences and opening up the space for a more in depth look at the constructive process. 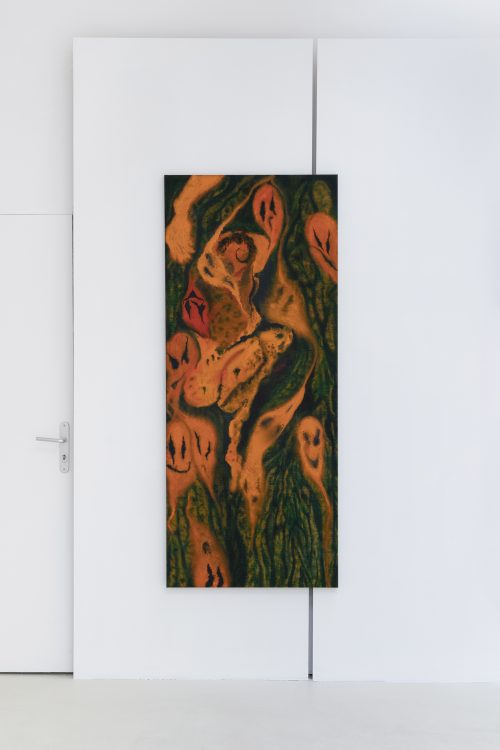 The Scale of Things 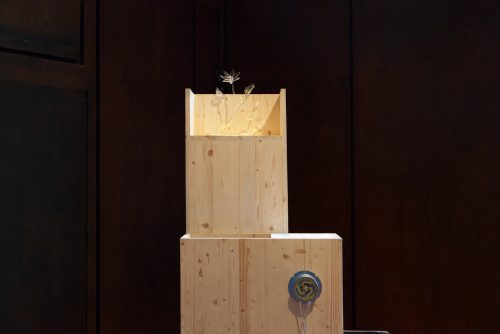