The door opens a glimpse to a stage, the play fallen into pieces. All in one picture. No one leaves. The gaze draws its sightlines to centre, everything in view, the scenes placed, the elements scattered. Here the moments stand, the actors gather, next to each other. Looking at one another. This stage needs no walls, not even a fourth one. In there, behind the door, a neighbourhood has convened. Without any lawnmowers, hedges, and lace curtains. Tales about Tina. The protagonists: take turns. The content: complementary. The script: hidden. Without prologue. At Kunsthalle Exnergasse, the group exhibition TIPSY TINA developed by artist Anna Hostek collects excerpts and insights of a young artists’ scene in various media combinations. Situated between sound, image, sculpture, photography, and fashion, it weaves together the most diverse approaches and unfolds a multiperspectival scenery. Inserted backdrops from the day before yesterday structure the space, create a vague physiognomy. The dramaturgy lies in fragments, hidden behind works. Each individual work yields to a greater narrative that gathers under the eye. Here one could imagine a portal frame nestled over the scene. Somewhere there is a house, something that assumes the form of a house. One sees hints of an outline already upon entering. This house has no substance; it is evinced by only a few contours. Found partition walls imitate forms and relations, which upend once again just as quickly. Inside plays the eponymous film TIPSY TINA – she runs incessantly, without making a move. Tina goes out a lot, gets drunk, chats with friends. She like this and the others like that. It’s all about outfits, evening plans packed into dense masses of detail. Her fingers, usually sticky, cling to some alcoholic drink or tablecloth. Concealed behind a façade that isn’t one. Houses stand in neighbourhoods, not in exhibitions, and yet they’ve cropped up right here. The exhibition TIPSY TINA presents an experimental variant of a classical peep show dispositif in which all elements of a stage can be grasped with a single glance, without establishing hierarchies of things through the direction of the gaze. Collaborations meet individual positions, thereby forming a spatial collective. The exhibition space has become a stage, the site of a virtual story that unravels between the edges. The protagonists: take turns. The content: complementary. The script: hidden. The video work TIPSY TINA by Anna Hostek was the basis for the selection of the artistic positions; some were already part of the work itself. The artists were chosen from the different, autonomous chapters of the video and translated into the physical space. Spun further, complemented. At some points one finds set pieces, along with documents that originate from the video. The spatial architecture is structured between free-standing objects and individual positions organized on displays. A partition wall suggests the tips of a garden fence, which has fallen to the ground. No ground under the feet. The works sprawled over it. The garden fence functions as a display, not as a barrier between one’s own and the other. The positions have grown into one another, inseparable. A fusion of theatrical, performative, and cinematic elements, the video work TIPSY TINA serves as an invisible table of contents, an underlying structure. TIPSY TINA is a string of several chapters that represent self-contained actions. Only by merging each one after the other does a holistic narrative arise. The outer façade of the house becomes a hanging surface. The stories legible in just a few contours. The various chapters of the non-linear video capture excerpts of diverse artistic collaborations, and the accompanying text layer knits them into form. The spatial ensembles take the centre, negotiating themes of identity, mimesis, coming of age, loneliness, collectivity, and self-staging. Costume pieces, props, and other artefacts formulate the framework plot, set the fabric arms of thought in motion. In a present superimposed by the rapid pace of objects and materials, politics take shape in fabric. A recurring departure point of artist and curator Anna Hostek, which is also discernible in these exhibition spaces as a footnote. Evident already in the film, it is elaborated in the group exhibition and layered over the space. One scene after the next, depending on where the gaze falls. Anthropomorphic characters and figures loom in the space; their silent presence echoes narratives of a here and now between isolation and everyday. Conceived as a play, the various positions recite their monologues in the space, become antagonists, commenting each other, without a single word. Each work as a story, a possible tale of a fictional character, who already lives in the mind through the words and images of others. One can see the rows of seats, as if the theatre really existed. Pictures by © kunst-dokumentation.com 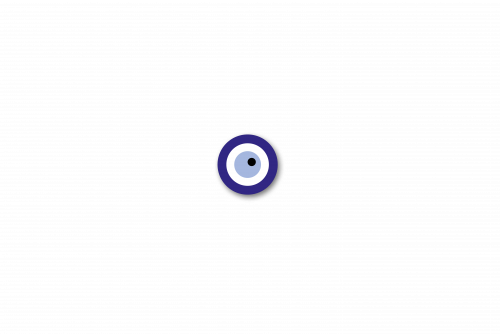 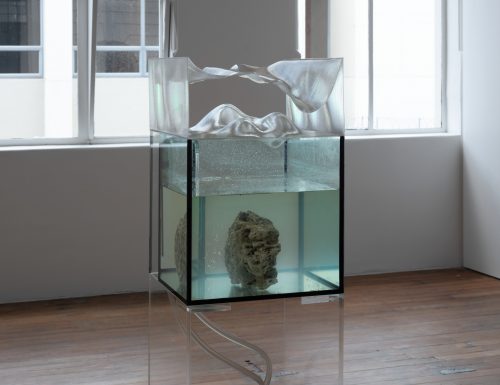