Tomáš Absolon, one of the prize-winners in the Critics’ Prize for young painters 2016, has recently been examining the ambivalence between the concrete and the abstract. This is no idle fascination. He is inspired by graphemes that can operate on the pictorial surface in a similar way to fragments of text in synthetic cubism, in that they retain a contact with reality in the midst of an abstract image field.   Absolon is not only interested in the system of symbols, but in the content these symbols embody. He is interested in the grapheme as such, its form and shape, i.e. that which usually passes unnoticed and is concealed by the semantic content. This brings him close to the aesthetic of Lettrism, though he differs by virtue of his interest in the operations of the symbols on the surface of the image. He is not interested simply in a refined minimalist and objectivist aesthetics and often subjects the graphemes to irony. He emphasises the possibility of their antipodal understanding, their explicit enlargement. In this way the accentuated shape potentially suggests the possibility of their archetypal, symbolic interpretation. However, above all they remain the arbitrary graphic symbol, a shape that in itself has no other, utilitarian or spiritual content.   That which in the sphere of typography is an output generated by a system of rules for the construction of a letter, Absolon overturns, examines and analyses from a different perspective, accentuating the painterly gesture that disturbs the shape of the symbol, (de)forms it, and lends it new content by means of by what hand and by what means the gesture is made, what style (stylus) is used. This too allows him to link different connotations from references to a writerly aesthetic via the interrogation of everything from contemporary graphic design to traditional calligraphy. By emphasising the authorial gesture Absolon also references gestural painting, i.e. to all intents and purposes to the accentuation of the authorial subject. Absolon also finds inspiration in the poster, both its rich tradition and its uncertain present. Given the way he fills large space with colour one might suspect a reference to pop-art and screen printing, as well as to technical images produced by Adobe. In other words, the thematisation of typography and graphic design in the medium of painting might be an original way of re-evaluating and verifying its tradition and its potential for further development. We can also interpret Absolon’s pictures as an attempt to come to terms with the current typographic smog, the chaos of inscriptions, texts and notifications that for the most part lack any hint of compliance with basic aesthetic rules. Text about artist was written by Martin Mikolášek 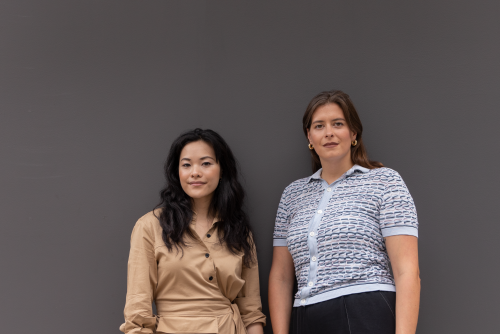 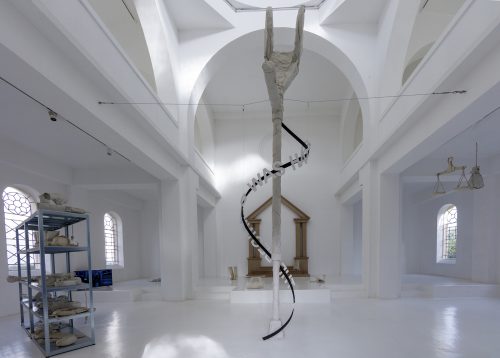